You are here: Home > News 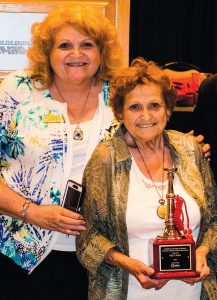 We are all saddened at the loss of Kay. We will all miss her greatly at our meetings and conventions. Our thoughts and prayers go out to the Asher family. God speed Miss Kay. END_OF_DOCUMENT_TOKEN_TO_BE_REPLACED 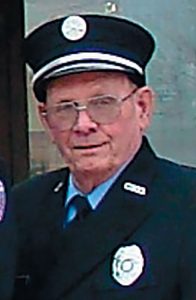 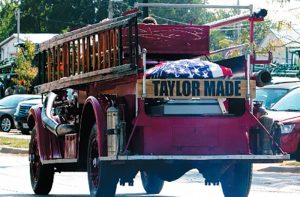 The meeting was called to order by President Jessica Miller at 9:00 a.m.

Minutes
Jessica Miller asked if there were any changes, comments, or corrections for the August 9, 2020 meeting minutes. Joni Field made a motion to accept the meeting notes as written, seconded by Carrisa Thompson, motion passed.

Financial report
Sheri Berendzen read the report with a beginning balance of $4,590.37 in our account at the closing of the August meeting. There was one deposit for a total of $35.00 and 0 expenses and a new balance of $4,625.37. Ann Jones made a motion to accept the financial report, seconded by Joyce Thompson, motion passed. END_OF_DOCUMENT_TOKEN_TO_BE_REPLACED

Greetings brothers and sisters. I thought this newsletter I would write about something different. I wanted to write about what your membership’s benefits are as a member, as it has become time again to renew your membership. The membership packets are mailed or soon will be to your department. Your memberships are due January 1st to Jamie at the office. We use this money to run the organization and provide benefits to its membership. Also, a portion of that money goes to the memorial.

As an FFAM member, you have many benefits. A member of the largest fire service Association in the State of Missouri. Support from an organized voice on important annual fire service legislation in Jefferson City. Having representation in the National Volunteer Fire Council. A line of duty death benevolence program that makes available $1,000 to your beneficiary. You are eligible to receive assistance with the repair or loss of broken eyeglasses up to $200. You have access to college scholarships for yourself, dependents, or family members. Department members are eligible to apply for up to $3,000 in an equipment grant. Receive discounts of up to 25% on select VFIS Volunteer Fire Service Insurance programs. Access to low-cost accidental death and dismemberment insurance. You can receive a Jones & Bartlett Learning and IFSTA training manual. You have exclusive access to California Casualty Insurance programs for preferred auto and home. Receive discounts on tuition through Columbia Southern University and Waldorf College. Receive discounts from Missouri Storm Shelters. Discount medical screenings from LifeLine Screenings. Air Evac membership discounts Airmedcare membership application. Discount tickets to Worlds of Fun and Oceans of Fun, and Six Flags. Department/member MU FRTI Winter Fire School training scholarship. ID machine available for check-out. Contact RB Brown at 636-692-8500.

Each member receives this bi-monthly newsletter delivered to your home. The newsletter details a large variety of fire service issues on a regional, state, and national level, a training schedule of regional and state fire schools, featured articles, equipment classifieds, political issues, and more.

END_OF_DOCUMENT_TOKEN_TO_BE_REPLACED 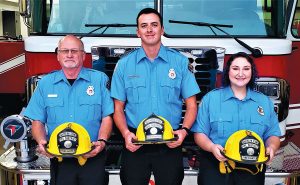 The Southern Stone County Fire has recently promoted eight of its members to the rank of a firefighter within the district. The promotion ceremonies were during the June, July, and September board meetings. The promotional ceremony introduced a new “green stripe” tradition. 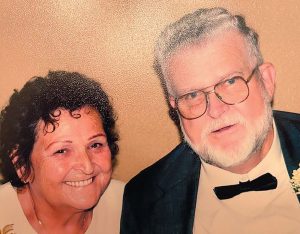 One of my many articles that appeared in this newsletter reflected some of that dedication. In the May and June 2012 issue, I wrote an article about the origin of the FFAM, and Jack contributed to it. The following are some excerpts from that same article, with some of Jack’s style of writing included. END_OF_DOCUMENT_TOKEN_TO_BE_REPLACED

Hello, from District 2. The 2020 annual fire and EMS funeral team conference were on October 23-24 in Lake Ozark, Missouri. Instructors from four states with the National Honor Guard Academy made us realize we had muscles that we did not use very often. From rifles to axes, color guard procedures to folding the flag. It was a great two days of honor guard training, with nearly forty in attendance. I wish to thank all that attended and the FFAM newsletter for supporting the event by sharing the information with everyone. Also to Brian Zinanni and the Missouri Fire Service Funeral Assistance Team for sponsoring our keynote speaker as she traveled many miles to share her story. 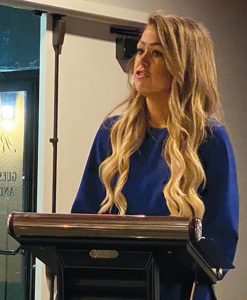 The speaker was Ms. Juliann Ashcraft, wife of Andrew Ashcraft. Andrew lost his life along with nineteen fellow firefighters in the Yarnall Hill fires in Prescott, Arizona, in 2013. He was 27 years old. The fire funeral team here in Missouri loaded up their trailers and responded to Arizona to honor and assist with the visitations and funerals in 2013. At just 29 years old, she lost her high school sweetheart. In an instant, she was alone with four children.

She did a round table on Saturday afternoon with a good group attending. She shared information on how teams could assist families before, during, and after the visitation and funeral. At the annual banquet, she gave a very inspiring talk about her life during and after Andrews’s death. We had tears in our eyes one minute and laughing and smiling the next. I wish to thank the FFAM Board President Chief Hoover, and District 14 Assistant Director Glenn Dittmar for assisting in presenting Ms. Ashcraft with a replica of our Missouri kneeling firefighter.

Sometimes we do not realize what impact we can have on supporting our fellow firefighters and EMS families in their time of need. She made us realize the funeral is not the last thing a family may need. She stated she had a “village” that helped her with whatever she needed after the funeral. An incredibly special lady. You can hear her speak if you go to youtube and pull up the 2019 National Fallen firefighter Christmas tree lighting. END_OF_DOCUMENT_TOKEN_TO_BE_REPLACED

Slips, trips, and falls are the top type of employee injuries. These incidents occur at the station and on the scene throughout the year. But increase substantially through the winter months. Slips, trips, and falls are costly for fire departments as well, with the average lost workday claim reaching $60,000 in costs. Awareness, policy, equipment, and tactics combine to help reduce your exposure to injuries.

Fire departments are encouraged to review their winter weather policies and regularly communicate safety messages to firefighters. Take a few moments and review these safety tips with all members of your fire department. END_OF_DOCUMENT_TOKEN_TO_BE_REPLACED 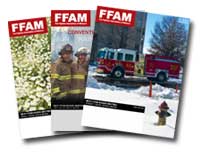 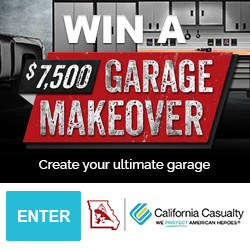