You are here: Home > Memorial > History

“One of our Dreams has Come True” 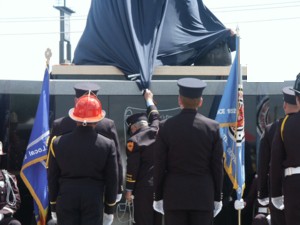 Chairman Art Smith said a prayer as he unveiled the kneeling firefighter in prayer statue during the Memorial dedication on May 18, 2002.  Nearly 3,500 guests were in attendance during the dedication including Governor Bob Holden, Senator Jean Carnahan, Senator Christopher Bond and Representative Kenny Hulshof.

Members of the Boone County Fire Protection District and the Jefferson City Fire Department played the bag pipes and drums during the ceremony.

An aerial view of the Memorial is breathtaking.  A beautiful site for all to see. 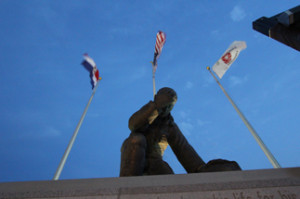 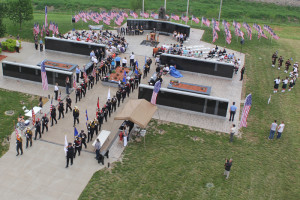 Our Efforts to Complete the Memorial Continues

Although the Memorial is in use, funds are still being collected to pay for  and maintain the site.  The Fire Fighters Memorial Foundation of Missouri is also calling on the Missouri fire service to help in the effort to construct the Educational and Historical Preservation Center  alongside the Memorial.
Please see below for donation and sponsorship opportunities. 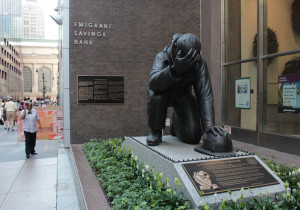 While the kneeling firefighter in prayer statue was being held in customs at Kennedy Airport enroute to Missouri, tragedy unfolded on September 11, 2001.  The Fire Fighters Memorial Foundation in cooperation with Dave DeCarlo of Matthews International Corporation, Pittsburgh, PA, dedicated the statue to the New York Fire Department on September 19, 2001.

The Fire Fighters Memorial Foundation Board of Missouri dedicated the statue as a tribute to all those that lost their lives on that tragic day and to honor those in the fire service that continue to serve.

The Foundation hopes the statue will be a part of a memorial to aid with the healing process for so many.  It is also to serve as a reminder of the common bond that connects all who are part of the fire service that serves this nation’s communities.

The statue measuring over six feet tall and weighing over 3000 pounds is located at 8th Avenue and 41st Street in New York City and is adorned with candles and flowers by those who visit the site daily.