Each of the five fire protection districts that serve Randolph County and the City of Moberly Fire Department joined together to honor special individuals from each agency and the community.

Special recognition was bestowed upon several City of Moberly police officers, City of Moberly firefighters and personnel from the Randolph County Ambulance District who each played a critical role in saving the life of a 4 week-old infant. Paramedic Tasha Kelly, EMT Joshua Clay, Officers Andrea Paige, Tim Maag, and Sargent Bobby Calvert, Firefighter Ben Wolverton and Fire Capitan Bobby Hardy all responded to a child not breathing and provided live-saving service that allowed the infant that was found unresponsive and not breathing to fully recover after a short hospital stay.

END_OF_DOCUMENT_TOKEN_TO_BE_REPLACED 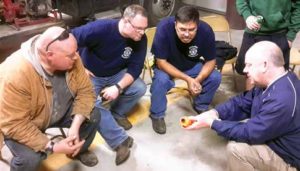 Firefighters from Eastern Randolph County Fire Protection District receive training on the use of a gas detection monitor that was recently placed into service.

Firefighters have a new tool at their disposal to improve service to local residents. The Eastern Randolph County Fire Protection District has placed into service new gas monitoring and detection equipment.

The new equipment that firefighters were recently trained to use allows for the detection and monitoring of four important gases during emergency situations. “The new monitor allows for us to take air samples in situations where the atmosphere may be dangerous to residents and firefighters alike”, said David Gaines, Chief of the Eastern Randolph County Fire Protection District. “This is a new level of services that helps to provide safety for not only the first responder but the residents located in eastern Randolph County.” END_OF_DOCUMENT_TOKEN_TO_BE_REPLACED 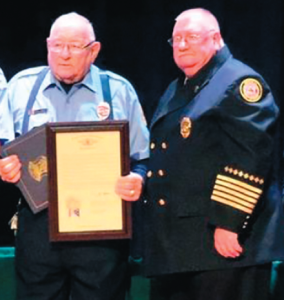