You are here: Home > Let’s Finish This Thing 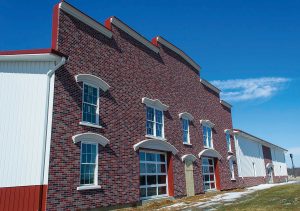 Many of you know about the Missouri Fire Fighters Memorial in Kingdom City and I’m finding that some of you know nothing about it at all! So let’s talk about how it came about, where it is now, and where it’s going.

I was honored to become a member of the 15-person Fire Fighters Memorial Foundation of Missouri about three years ago. In that time, a lot of things have happened. We’ve built a museum. We had to do a virtual memorial service because of COVID. Now we’ve postponed this year’s service until October. If you don’t know me, I’m usually brutally honest to a fault. I plan on being that way here, because we need your help. Even though I was only put on the Foundation a few years ago, I have been “with” this memorial since the beginning, and it is a very important and special place to me.

Some History
In 1997, the Fire Fighters Association of Missouri took the lead in efforts to establishing a memorial for Missouri’s Fire Service. The purpose of this memorial was to serve as a tribute to all the firefighters of Missouri who have given their lives in the line of duty. The memorial also serves to remember those firefighters who have passed outside the line of duty, as well as recognize those who continue to serve in their communities throughout the state.

A committee was appointed by the President of the FFAM at the time, Jim Barger of Kearney, MO, to research the possibilities. Proposals were then solicited for the perfect location. A five-acre parcel that adjoined the Visitor’s Center, now City Hall, at the intersection of I-70 and US 54 in Kingdom City was determined to be the spot.

FFAM then established a 501C3 Foundation that is named the Fire Fighters Memorial Foundation of Missouri on April 9, 1998. Fifteen members from across the state were charged with making this memorial happen. One man, my dear, departed friend Art Smith, had a vision and he led this charge with a passion.

On September 18, 1998, a groundbreaking ceremony was held in Kingdom City to begin the construction and the vision of the organization. Over 200 fire departments were represented, as well as numerous local, state, and national legislators. As I remember it, it was a beautiful day.

With the building of this memorial came the fundraising efforts. This took a little longer than anyone thought, but we’ll talk about this later. As the big day approached….something terrible happened. The World Trade Center and Pentagon were attacked on September 11, 2001. We all know the story from there.

The statue that was bound for Kingdom City was in New York that day. The Foundation decided to dedicate the first statue to the City of New York to honor all their fallen firefighters. That statue remains on display in New York today. A second statue was ordered for the Missouri memorial. After that was made, the mold was destroyed.

Our planned dedication was set back to May 18, 2002. That, as I remember it again, was another beautiful day. Hundreds came from around the state to dedicate and open the memorial.

Roll History Forward
Each year since the memorial has been in place, we have held a candlelight service on the second Saturday in May, followed by a Sunday morning memorial service. Most generally these ceremonies are held at the memorial site, but sometimes, a little rain may fall, and we would be forced to move to the school in Auxvasse. No matter where the services were held, they have always been a very beautiful and solemn tribute to those that went before us.

Over the years since 2002, fundraising efforts continued, the memorial was maintained, bricks added, and unfortunately, names added to those walls.

I’m often asked, “Who is in charge of the Museum and Memorial?” The answer may seem textbook-ish, but the result is the same. FFAM is the ‘mother organization’ and the statewide organizational membership holder. Under that ‘mother’ comes the Fire Fighters Historical Preservation Foundation of Missouri. That Foundation is governed by a 15-person board. Under the Foundation are three arms: Memorial, Museum, and Funeral Team. Each has its own financial need for upkeep, preservation, and being built. No matter, because this memorial and museum are YOURS! A place of honor and preservation for the fire service of this state.

But really, the total truth of this matter, is this memorial was built on the backs of every firefighter in the state at that time. From boot drives to chicken dinners. From going to your communities and asking for donations to figuring out how businesses in your town could end up owning a wall. YOU built that memorial. YOU worked for it. And I will say it again. YOU own it.

Rolling History Forward Again
In the beginning, there was a three-phase plan for the memorial. The tourism center, the memorial itself, and a museum to keep our history alive. The memorial itself was a huge undertaking. After the completion and dedication, funds still had to be collected for the upkeep and continued additions (bricks, engravings, annual ceremonies, etc). Those trickled in slowly. The Foundation saved and saved its money.

Then, in the blink of an eye, it was 17 years later and we hadn’t moved on with the last phase! Rumblings started to be heard. People were asking why. Unfortunately, when the subject came up at the annual FFAM Convention in 2018, I jumped up and made the statement that if they weren’t going to move forward, then stop altogether. Things started moving a little faster than anyone expected them to I think. After the memorial service that year in May, one of those times when it was pouring down rain and we were in the Auxvasse school, when the meeting ended, the sun popped out and we had ourselves a groundbreaking for the Museum. We were on our way!

On January 5, 2019, a contract was signed with Morton Buildings to begin the project.

On January 5, 2019, a contract was signed with Morton Buildings to begin the project with the available funding we had. Materials were delivered on April 25 and the foundation was poured on May 13th. The shell started going up on May 23rd and construction was completed around the end of June 2019. So here we are.

Where We Are At Now
The museum is there to enhance and support the memorial. Not only will this be a place for firefighters across the state to gather and remember those who have given much, but will serve as an opportunity for all those who pass through our state to witness Missouri’s gratitude to the men and women who risk their lives every day. The museum will house fire service history, memorabilia, and items from all across the state. It will be there to educate the general public, as well as a place to preserve our rich history that you and those before you have built.

Let’s just be honest here. We don’t have the money to finish it.
We took all available dollars that we had been sitting on, to build the building itself. We kept a reserve in the memorial (what money they already had for maintenance) and the museum account was basically taken down to the bare minimum, which we felt we needed in case of emergency items, or to do small things as needed. Ladies and gentlemen, we wiped it out.

Our estimated cost to finish the inside of the museum, and get it ready to open is at least $350,000-$400,000. Yes, you read that correctly, and it does contain that many zeros. The building as it stands right now is a shell only. All inside trimmings, utilities, walls, displays, etc., are yet to be done.

Fundraising efforts have started again in earnest and while successful, it’s a little at a time. We did a side of beef raffle that got us $10,000. But as you can imagine when trying to move forward on something like this, that doesn’t go far. We finally got drains ran to keep the water away from the building. Costs money. We just poured a sidewalk to the front door, so we don’t have to wade through mud to get in the building. Costs money. We have to keep the grass mowed. Costs money. Every little bit we make, we put right back into the little things, so we can keep moving forward. 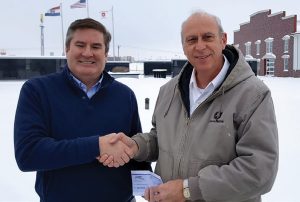 YOU. Your help. All of us. As with the fundraising efforts of the memorial, the museum is going to have to start gaining some momentum on finding money. As I said earlier in this article, the memorial was built on everyone’s back, and my hope is we can do it again. It’s going to take some work by all of us to accomplish this task. But I know we can do it.

The Foundation has been discussing new fundraising ideas and even the possibility of resurrecting some old campaigns. If you have any ideas of how to raise funds, please pass them along!

We have to finish this museum and then be able to open the doors and keep them open to the public. Goal #1!

How You Can Help
Every little bit helps. Here are some things that have been established and are ongoing. The links to any of these can be found at ffam.org/memorial.

On Another Level
While everyone’s wish would be for money to fall out of the sky and land on this project. Or suddenly we benefit from an endowment that also fell out of that same sky… the reality is, that’s probably not going to happen. Not that we aren’t trying, believe me when I say this Foundation is not sitting idle.

I’m calling on all of you now, asking if you can help. Not only the ways listed above.

As I’ve said many times in this article, every penny counts. Every dollar adds up. Every effort we make gets us something. We want this project to be done so that we can showcase the fire service to everyone. There are hundreds of visitors a month that stop by the memorial site. When we have work sessions at the memorial, it never fails that we have people stop to look. We get to actually greet them, show them around, and talk to them about the importance of the site. The museum can make that happen every day, just not occasionally because someone happens to be there.

In closing, please consider YOUR memorial and museum site when raising funds for a good cause. Thank you for sticking with me and reading this far!