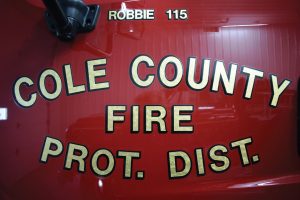 The Cole County Fire Protection District has received a new 3,000-gallon tanker manufacturer by Danko Emergency Equipment. It is a sister truck to the one purchased last year. It is the second large purchase since the voters in Cole, Osage, and Miller counties approved a tax increase for the District. It is the first tax increase since the District was formed in April 1993. As promised, the tanker will replace a 1980’s piece of equipment. As funds become available, the district will continue to replace trucks that are over ten years old.

The photo of the driver’s door shows the name of Assistant Chief Robbie Hammann who always drove engine 1110. Robbie passed away on December 20, 2020.