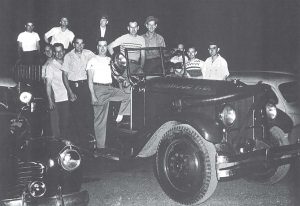 The idea of a volunteer fire department became a hot topic of discussion after a Christmas Day 1947 fire destroyed the town’s public-school building. At that time, there was no organized fire department in town. The local St. Joseph Lead Company’s fire brigade responded to the fire, but their efforts were in vain as the fire was out of control upon their arrival.

For the next four years, several groups discussed the possibility of organizing a volunteer fire department, but none of the groups brought their discussions to fruition. In May of 1951, a group of twelve members of the Herculaneum VFW Post #5168 organized a volunteer fire department and incorporated with the State of Missouri as a private corporation. Using post funds and donations collected from a door-to-door campaign, the men purchased a used 1931 General Monarch pumper that had previously served the Kirkwood Fire Department. For the next three months, the men trained on basic firefighting techniques and skills under Festus Fire Chief Herb Besand. The 1931 General Pumper continued to serve the fire department until a new 1957 Central Ford pumper was purchased. 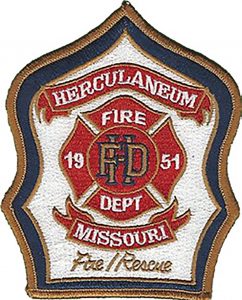 Through the years, the fire department has been housed at three different locations including its current location, which opened in 2008. From the early beginnings, the fire department has handled some emergency medical calls that required an inhalator or resuscitator. Today, the department answers a wide range of emergency medical calls in conjunction with the local ambulance district. Basic fire training in the early days has been replaced with Fire Fighter I and II, EMT-B, and a host of other certifications.

After almost seven decades of service, the volunteer fire department is now officially named the City of Herculaneum Fire Department.