You are here: Home > In The Beginning…The Westran FPD 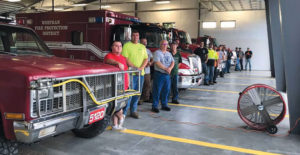 Starting fresh and from scratch can be difficult, challenging, overwhelming, but most of all, ultimately, extremely rewarding. That is the short version of the formation of the Westran Fire Protection District (WFPD) located in West Randolph County, Missouri, in 2015.

On August 4, 2009, a ballot issue to form the WFPD failed to pass. With the hard work and dedication of the West Randolph Rural Fire Association (WRRFA) Board; Huntsville City Council; volunteer firefighters; Fire Chief Jeff Webster and his wife Debbie; and many concerned citizens, on August 4, 2015, voters approved formation of the WFPD and passed a $.30 tax levy. The district was incorporated on August 12, 2015.

The WFPD replaced the WRRFA, dues supported, and the Huntsville Fire Department, tax supported. The WFPD began operations appointing Tony Bell as Interim Fire Chief; hiring the volunteers of the WRRFA and Huntsville Fire Department ensuring a seamless transition; and using the equipment from the two entities. With support and cooperation from neighboring and statewide fire districts, fire protection services began immediately.

By December 1, 2015, equipment ownership from the WRRFA and the Huntsville FD had been transferred to the WFPD. When financial assets of the WRRFA transferred to the WFPD, December 1; immediate repairs and upgrades to the district’s existing vehicles and gear were made. A 2007 Medtec Rescue Ambulance was purchased to replace the rescue ambulance returned to Huntsville and the district approved a lease/purchase of a new pumper/tanker fire truck for the main station. A 2008 4X4 pickup was purchased for volunteer transport and snow removal.

As the Board of Directors retained experienced financial, legal, and long experienced individuals to advise them, established district and department policies, secured financing, ensured the safety of volunteers, the board was also working on fulfilling commitments to the voters to establish a new main station and three satellite stations in the rural areas of the district. Chief Bell began recruiting new volunteers, establishing SOPs and SOGs, implementing training programs, advising the board on equipment upgrades needed by the district, and working on community outreach activities.

In 2016 the district hired SKW Engineering, now McClure Engineering, to begin the process of constructing the new buildings. Land was donated and purchased for each of the sites. WSKF Architects was hired to design the steel frame buildings. The district began the process of securing financing to begin the $2,539,000 project for all four buildings. Bidding the projects out as a single package, offered the district considerable cost savings in construction as well as taking advantage of low long term interest rates.

2017 proved a busy year for the District, Board of Directors and Volunteers. Construction began in the fall on the stations by PSR Construction, needed apparatus was purchased and WFPD volunteers worked above and beyond for those they serve and protect.

2018 brings the culmination of all the hard work of those involved with the current board and volunteers as well as the hard work and dedication of those who helped with formation of the new district.

The WFPD main station is located on a six acre site on the North edge of Huntsville. It has direct highway access, excellent water pressure, options for outdoor training facilities and future structures, and ample parking. The building has a footprint of 86’ x 117’, long life steel frame construction, a drive through four bay layout, and a standby generator for station functioning and community emergencies. Training and volunteer safety being key considerations, the facility has a multi-use 60 person training room, decontamination shower and bunker gear cleaning room, cascade system to fill air tanks, two small offices, and other standard station facilities. District growth, long range planning, and cooperative efforts with other Randolph County Fire Protection Districts has been key in designing this multi-use facility.

The Clifton Hill Station site, adjacent to the Westran Middle School, was donated by the Westran School District. The Darksville Station site, at Highway C and Rt. F, was donated by Circle A Ranch. The Mt. Airy site is near the corner of Hwy 3 and Rt. U. All satellite stations have the same compact floor plan of a three bay, 35’x 55’ long life steel frame building with a standby generator for station functioning and community safety. The City of Huntsville donated a one acre parcel for future use by the WFPD. We appreciate and thank all who donated property; time; and clean-up efforts.

On August 13, 2018, “substantial completion” documents were signed with PSR Construction. At this time, the stations are fully functioning and equipped. Final clean-up and punch list items are being addressed by the contractor.

The District has a current roster of thirty firemen, with volunteers in all the satellite station areas. The District has over 300 hours of training in 2018, including MU FRTI fire school in Columbia. Volunteers have over 200 hours of PR events and fire prevention education including Westran Schools, Randolph County Old Settlers, parades, local church events, community betterment programs in Clifton Hill, Extension programs, Moberly Area Chamber of Commerce, and local industries.

WFPD works closely and trains with AECI power plant personnel to help our firemen understand what happens inside the plant. We test fire hydrants in the City of Huntsville, work with the City of Moberly and the Thomas Hill Water District to ensure adequate water fill sites are accessible during fire events. We have responded to more than eighty calls in 2018 involving natural cover fires, structure fires, vehicle accidents, hay bale fires, and various other incidents. Volunteers have new bunker gear and SCBAs for greater safety on scene.

The board and volunteers are very proud of what has been accomplished almost three years from the day the district was formed. Community support of our volunteers, help from neighboring fire departments, and the efforts of so many supporters have been the corner stone of the WFPD success story.

The District has scheduled an open house at our main station in Huntsville, Missouri, on September 29, 2018, from 10-3 p.m. Everyone is welcome. 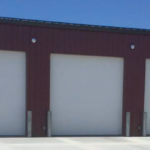 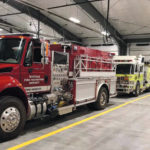 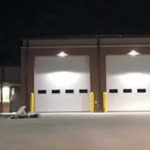