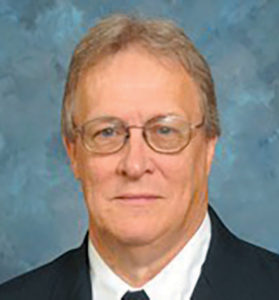 Fire Chief Bill Haggard retired after 35 years as Fire Chief of the Herculaneum Fire Department. Bill started as a Junior Firefighter in 1968. He joined the department as a volunteer in 1969 at the age of 18. Through the years he moved through the ranks as lieutenant, captain, assistant chief and on January 1, 1982 he assumed the position of fire chief. He is currently the president of the Jefferson County Firefighters Association and has chaired the annual Jeffco Fire Engine Rally for 25 years. He officially retired as fire chief on December 31, 2017. Bill will remain as a member of the fire department in a limited capacity.

Assistant Chief Chris Baker has been selected to serve as the interim Fire Chief until the department election occurs in June 2018. Chris started as junior firefighter and joined the department in 1996. He has served in the position of captain and has been the assistant chief since 2008.

The Herculaneum Fire Department thanks Chief Bill Haggard for his forty-nine years of service and dedication.