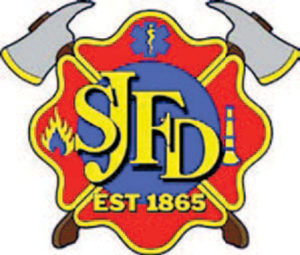 The steam pumper was an awesome piece of equipment that could develop pumping pressures up to 165 pounds per square inch. Unlike the “Water Witch”, the unit already in service in the city, which required human powered and lots of it to develop pump pressure. Needless to say, there was a significant competition that developed between the two fire companies. At fire scenes, occasionally fire streams would be redirected from the fire toward member of the opposing fire companies.

The City of St. Joseph was the jumping off point for thousands of families in quest of their dreams on the western frontier. In 1843 the City of St. Joseph was incorporated. Even then the City fathers understood the importance of having a fire department to serve the community and the members living within its boundaries. As early as 1850 they were looking at establishing fire companies, and on July 19, 1851, they passed an ordinance on the specifics of how and what type of equipment that twenty-five able bodied men belonging to an association would need in order to be declared, and establish a fire company.

For the next ten years as the city continued to grow, active citizens became aware that the city needed to establish a fire department to protect the lives and property of St. Joseph. In 1860, General W.R. Penick was the driving force in establishing the fire department. His efforts were interrupted by the Civil War. In 1864, after the war, Penick was elected Mayor, and in his message to Council he urgently recommended funding for a fire steam engine. The City Council agreed, but requested him to solicit subscriptions and donations as a means to purchase it.

The engine, Blacksnake, arrived on May 17, 1865, and the council pronounced it acceptable. On August 7, 1865, a committee of the council recommended the organization of fire companies. The first to respond was the rescue hook and ladder company, which was the pride of St. Joseph for many years, and included some the best young men from St. Joseph.

The St. Joseph Fire Department, like many fire departments, is filled with rich history and strong traditions. St. Joseph had many visionary leaders who developed innovative ways in handling fire suppression and prevention.

Here are some important times and events for the City and the St. Joseph Fire Department.

At the time the program started, the department’s alarm volume was under 2000 calls. Within the next couple of years they were running around 5000 calls. Currently the department averages just fewer than 10,000 total calls per year.

The SJFD has 130 paid personnel with 123 in suppression and the rest in administration, fire prevention, training and maintenance. There are currently nine stations with eleven companies covering forty-four square miles, including four contracted fire protection districts. The city currently has a Class 3 ISO rating. Two new stations are currently under construction and will be replacing two 100+ year-old stations. Both stations being replaced were built around 1905, actually housed horses and were built based on how far the horses could run. As the town has moved eastward, both new stations will be located more to the east and have easy access to major thoroughfares. Future plans call for a new station to be located on the East side of town near Missouri Western State University, and an addition to fire headquarters, located downtown. 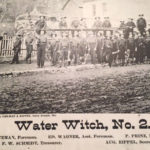 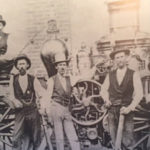 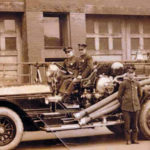 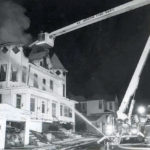 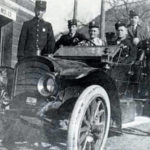 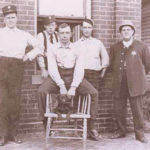 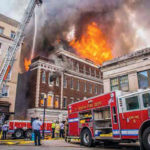