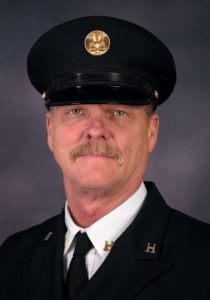 May 14, 1985 a small resort owner joined the ranks of the Osage Beach Fire Protection District as a volunteer. Over the years this individual served in the capacity of a Volunteer Firefighter, Volunteer Lieutenant, Career Major, Career Captain and he was one of the original nine full time staff hired in 1991.

What does 32 years of service look like by the numbers? Unfortunately this is not easy to answer since the first 15 years of his service all fire reports and training rosters were completed on paper; it was not until the year of 2000 that these records went to a computer format. So just looking at the last 17 years of service the numbers look like:

It could be assumed that the first fifteen years of service these numbers would be similar meaning that he responded to over 6,000 emergency calls and 6,000 hours of training.

Additionally over 26 years of career service he spent over 75,000 hours at the fire station or 3,172 twenty-four hour shifts away from his family. These days and nights away include birthdays, holidays and anniversaries.

It was officially announced this past weekend that Don Gainey, Captain of B-Shift House 2 will officially retire in 2018. After 32 years of service to the District, its tax payers, and our visitors, Captain Gainey will complete his last 24 hour shift on December 29, 2017. By the time that Captain Gainey has used his vacation and comp time he will have given this District 33 years of dedication and excellence.

These years of knowledge and experience will be hard to replace and whoever is awarded this promotion has a legacy to follow and large shoes to fill. Captain Gainey brought a work ethic to this job not often seen and every task he completed was to perfection.

On behalf of the board of directors, management, and staff we would like to thank Captain Gainey for his commitment, dedication, and service. It would be impossible to know how many lives you touched in a positive way over the last 32 years, but the number would be staggering. You and your family will always be a part of our family. On a personal note to his wife Debby, he is all yours now!

Should you run into Don or his family, please take a minute and thank him for his service.