Hello to all from the East side of the state. Summer is here and on this side we have had some hot days with high humidity, so before the dog days of August hit us, here is a friendly reminder about hyperthermia.

Hyperthermia is actually an umbrella term. It refers to several conditions that can occur when your body’s heat-regulation system can’t handle the heat in your environment.

Hyperthermia comes in many stages. Heat exhaustion, for example, is a common condition. But others, such as heat syncope, may be less familiar to you. END_OF_DOCUMENT_TOKEN_TO_BE_REPLACED 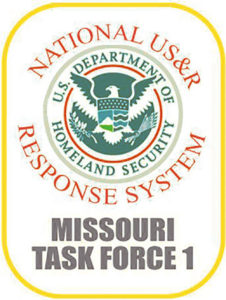 FEMA Urban Search and Rescue Task Forces are teams of individuals specializing in urban search and rescue, disaster recovery, and emergency triage and medicine. The teams are deployed to emergency and disaster sites within six hours of notification. The Federal Emergency Management Agency (FEMA) created the task force concept in 1989 to provide support for large-scale disasters.

There are twenty-eight task forces in the country, each sponsored by a local agency. In the event of a major incident in the United States, the nearest three task forces will be activated and sent to the site of the disaster. If the situation warrants, additional teams will be activated. END_OF_DOCUMENT_TOKEN_TO_BE_REPLACED 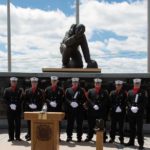 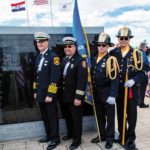 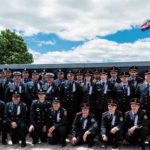 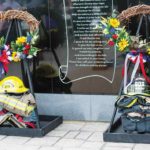 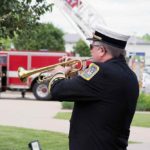 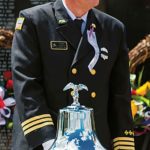 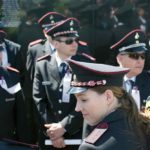 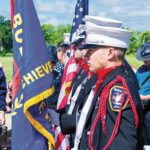 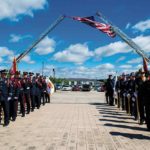 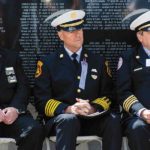 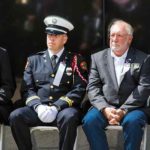 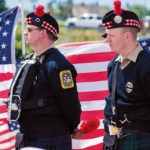 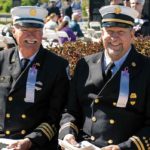 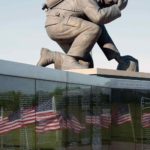 It is with profound sadness that I must open my article with not one but two line of duty death (LODD) announcements. Since the last newsletter our state finds itself having honored two LODD’s and both very shortly after our May 21, services in Kingdom City. Firefighter Jesse Ketchum with the Memphis Fire Department passed on May 29, and Firefighter Jeffrey M. Sanders with the Mayview Fire Protection District passed on June 19. I also wish his partner a speedy recovery. Your foundation now sets about the task of honoring their sacrifice in the May 2018 services. Several of you reading this article assisted with arrangements and honoring department/family in one or both community services. Thank you for doing so.

The DVD’s from the 2017 services will be available for sale by the time your are reading this article. It has the candlelight and Sunday morning service on one DVD. If you were not able to attend and need one or attended and forgot to sign up for a copy please contact me. Cost is $10 or $12 each if mailed. END_OF_DOCUMENT_TOKEN_TO_BE_REPLACED

Hello from District 2. Everyone in our area has been busy these last couple months. I hope you got to attend the 2017 Missouri Firefighter Memorial Services May 20-21, in Kingdom City. It was a very special event, honoring four line of duty deaths and many firefighters that have since past away. It was also special that seventeen firefighters from Germany also attended. Thanks to everyone that made it possible. Mark your calendar for May 19-20, 2018, for the 2018 Missouri Firefighter Memorial.

Also mark your calendar for Saturday, August 12, 2017, as the state fair will be doing a “Salute to our Heroes” on opening weekend. That Saturday law enforcement, firefighters, EMT’s and paramedics, with identification will receive free gate admission to the Missouri State Fair. Make sure you stop by the fire station and say hello. Military will be honored on Sunday. END_OF_DOCUMENT_TOKEN_TO_BE_REPLACED

Greetings all! I hope your summer has been going well and you are finding time to enjoy the great outdoors and the many activities our state offers. The Missouri State Fair is upon us and the Missouri State Fair Fire Department will proudly be representing the FFAM to all fair visitors. My thought for the FFAM and the fire service this time is actually a question: What is the image we are portraying?

By “we” I mean the collective whole and the individual members. The members of the fire service, whether just in the state of Missouri or across the entire nation have an obligation to each other. That obligation is to exhibit a strong image, gain respect through our image and protect the image of the fire service. There was once a time in our history that all members of the service were revered not only in their local community, but all across our nation. Through the actions of some, but certainly not the majority, our sterling image and the respect it commanded has waned a bit. END_OF_DOCUMENT_TOKEN_TO_BE_REPLACED

For those who were not able to attend the FFAM meeting in Sedalia this past June the board of directors re-approved their pledge of $100,000 toward construction of a museum. This pledge plus foundation funds as of that meeting put our price point at $415,000 plus any additional donations received between now and final construction bills are paid. We are now moving forward with project development to see how far $415,000 will take us. I do not believe this is enough to fully finish and open the museum but should get all site work completed and a fully secured building shell up, while we finish raising the required balance. One never knows for sure until the bids are in. We will be requesting bids on two phases plus a couple of options. Phase I is described as a shell only for now, and Phase II being fully finished. Phase III involves being fully furnished and ready to open. END_OF_DOCUMENT_TOKEN_TO_BE_REPLACED

As the old saying goes, “There’s been a lot of water under the bridge,” since you’ve heard from me. No pun intended. As in many other areas of our great state, we were very much impacted by the recent rains and flash flooding. West Plains received several million dollars in damages that consisted of 300 residences and 100 businesses receiving damages. We, along with the help of the Region H Swiftwater Rescue Team from St. Joseph and Bethany, Missouri, were successful in rescuing over one hundred people from their homes, vehicles, and off of rooftops, etc. Most importantly, with the help of the good Lord above we had no fatalities or major injuries.

I also want to thank Missouri Division of Fire Safety Statewide Mutual Aid Coordinator Matt Luetkemeyer for his assistance in getting the help here and other areas that assistance was needed. Also SEMA Director Ernie Rhoads was very instrumental in having the rescue teams ready and in some cases already deployed for the disaster. We hosted twenty-eight members of Missouri Task Force 1 along with their equipment. They were deployed to another location before all the fun started here but in talking to them afterwards they had a lot going on themselves. Folks if you haven’t seen them in action, our resources in Missouri are very impressive when called upon in the time of need. END_OF_DOCUMENT_TOKEN_TO_BE_REPLACED