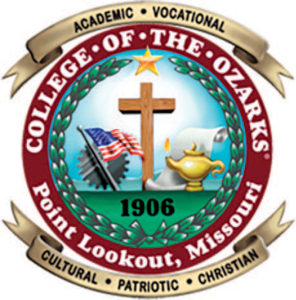 College of the Ozarks has provided fire safety to the community for years through the Point Lookout Fire Department, but this fall, the College will go further by offering a fire science major for students interested in pursuing a career in fire safety.

“Our advantage and the reason I think why we can do it so easily here was all we had to add was the classroom portion,” Vogt said. “We have a fire station over here. It’s a working station. It’s recognized around the country as a legitimate city fire station.”

Vogt said the major will involve both academic and hands-on learning, and the Point Lookout Fire Department will be involved with the hands-on training portion because the fire science students “have to go out do the stuff that they learned.”

Eric Bolger, dean of the college, stated in an email that the addition of the major required changing the name of the former criminal justice department to the department of public safety.

“With the fire science emphasis,” Bolger stated, “it made sense to (broaden) the department’s name to public safety, since fire science is not an area of criminal justice.

Now, both the criminal justice major and fire science major will be categorized under one public safety department. 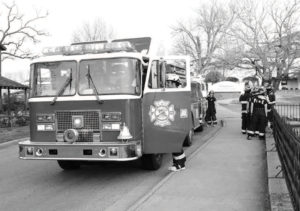 Vogt said some of the fire science classes, such as the fire investigator class, will allow students to receive certification that can be used in their field.

To teach some of these classes, Vogt said, the College is bringing on a new teacher, John Russo, who has fire, law enforcement, legal and teaching experience.

“He’s exactly who we needed, and he’s a good strong Christian man, so we’re really excited to have him on board,” Vogt said.

The advantage of receiving a bachelor’s degree in fire science versus going through a two year program or volunteer training is a fire science degree allows for more academic knowledge of fire safety, which is becoming more of a requirement due to modern threats firefighters face, Vogt said.

“Believe me, they’re very, very rigorous, especially when you start talking about construction for fire service. There’s a lot to understand about how buildings are built and based on how they’re built, how long can they burn before they col-lapse,” Vogt said. “I mean, that’s the kind of stuff that we’re hopefully going to start being able to teach our students here.”

Vogt said he is thankful for the support the fire science major has received from the College, and he looks forward to seeing the exciting opportunities the major will provide.