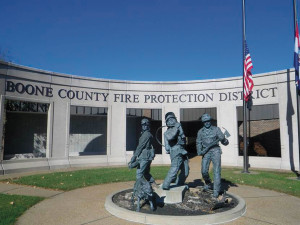 It is my intention to continue my quest in these articles to write about people, places and things that I love about the fire service of this great State. I know of no other agency that I have had more to do with and have a greater attachment to than the Boone County Fire Protection District. Three of our five family generations have significant attachment to the O’Fallon Fire Protection District because I was a young member there, along with my father and grandfather being previous fire chief’s in that community, but my heart and my fire service home will always be Boone County. I have had the good fortune of having two generations of involvement at Boone County since I was the first fire chief of that organization and our son; Doug has been a part of their organizational structure for nearly forty years. END_OF_DOCUMENT_TOKEN_TO_BE_REPLACED 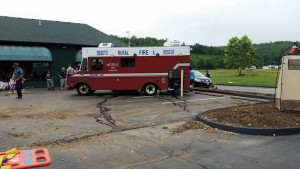 July certainly came in like a lion in 2015 with torrential rains and flash flooding that required first responders to effect multiple rescues of persons both swept away and trapped in their homes and cars, including family members of one of the firefighters.

The flooding claimed two lives as Buck Creek swelled to a level never seen before. Both victims were females in separate vehicles that were caught in the floods and carried downstream. Searchers immediately began looking for the victims but were unable to continue due to the debris and treacherous conditions in the wake of the floods. END_OF_DOCUMENT_TOKEN_TO_BE_REPLACED 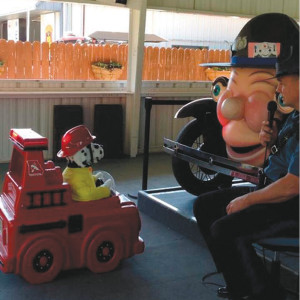 The Missouri State Fair Fire Department’s (MSSFD) 2015 campaign has come to an end. The 53rd year of service to the 400 acre Missouri State Fairgrounds came with an unusually high call load, especially for the exceptional weather during the middle of August. The MSFFD answered the calls for service serving the 30,000 to 50,000 daily attendees without missing a beat. The all volunteer staff of the MSFFD consisted of members from agencies from across Missouri including members from large career agencies and some of the smallest volunteer agencies.

The MSFFD responded to a total of 211 calls for service in 2015 (132 in 2014). These calls for service included 134 medical or trauma responses, 15 transfers from the fairgrounds to Bothwell Regional Health Center and 4 motor vehicle accidents (3 with injuries and 1 with entrapment). The department provided standby for 46 events during the State Fair as well as during horse shows prior to the beginning of the Fair. The MSFFD also required assistance on two occasions in which patients were transported by medical helicopter for advanced treatments. In addition to emergency responses, the MSFFD provided assistance to 201 patients in the first aid station at the firehouse (240 in 2014). 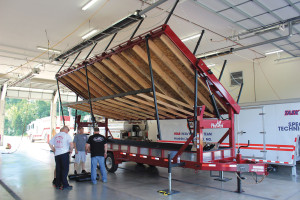 The Antonia Fire Protection District is fortunate to receive grant funds for rescue tools, automated external defibrillators (AEDs), and a ventilation training trailer. Antonia FPD is much like many other fire departments across Missouri; we need every penny we can get to sustain or improve our operation. We provide fire prevention, fire suppression, and rescue service to a bedroom community of thirty-six square miles of central Jefferson County, Missouri. Located just twenty-five miles south of St. Louis, Missouri, we furnish service to all or part of the rapidly growing communities of Antonia, Barnhart, Imperial, Otto, and Seckman area residents and businesses. The district operates three fire stations with a staff of nineteen paid personnel and thirty volunteers. Grant funds are an important ingredient to meeting the needs of our community.

With the award of a FEMA Grant we were able to outfit three rescue/pumpers with complete sets of Holmatro hydraulic rescue tools, Holmatro v-strut vehicle stabilizers, Turtle Tile cribbing kits, and accessories for $87,564.00. These tools are lightweight but strong and meet today’s new car technology requirements. END_OF_DOCUMENT_TOKEN_TO_BE_REPLACED 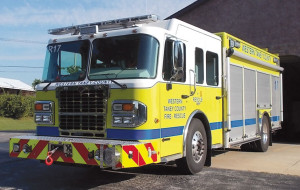 On July 1, 2015 the Western Taney County Fire District placed it’s new Rescue 17 in service. It is built on a Spartan Chassis with an 18’ Maintainer Custom Bodies body. The front bumper contains a 20,000 lbs hydraulic winch and in the body it carries a 7,500 lbs portable winch to use on the other three sides. It carries equipment for vehicle rescue, structural collapse, high angle and confined space rescue. The upper portion of the body has anchor points to mount a monopole to assist with slope rescues. At building fires it also serves as a service company with a six bottle 6,000 psi cascade system, light tower and salvage equipment. The truck also has a 30 gallon CAF system to provide limited suppression capabilities.

The Butler Fire Department has placed a new Rescue Unit in service. The new unit was purchased from Maintainer Custom Bodies and replaces a 1988 unit and was funded with a 1/8 of 1% Fire Protection Sales Tax approved by voters in 2012 for equipment updates. END_OF_DOCUMENT_TOKEN_TO_BE_REPLACED 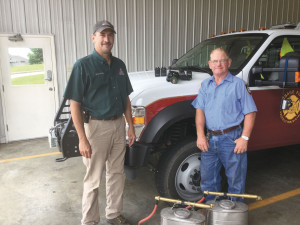 The Osage County Fire Protection District received a $3,000 grant from the Missouri Department of Conservation for Indian Fire Packs, Motorola pagers and Kenwood portable radios.  During July and August, matching funds grant checks for rural fire departments are distributed and 186 fire departments are receiving checks for up to $4,000 to help with the purchase of personal protective gear and firefighting equipment.  Throughout the last 30 years, over $7.5 million has been distributed to rural fire departments to help them increase the safety of their firefighters and provide them with better firefighting equipment.