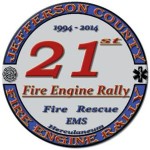 Over sixty-five fire trucks and ambulances ascended on the Herculaneum City Park on Saturday, September 27 to take part in the 21st Annual Jeffco Fire Engine Rally sponsored by the Jefferson County Firefighters Association. The fall weather was absolutely gorgeous and the event attracted firefighters, children and festival-goers from across the state. The 21st rally followed in the footsteps of its predecessors by once again being a very successful event. 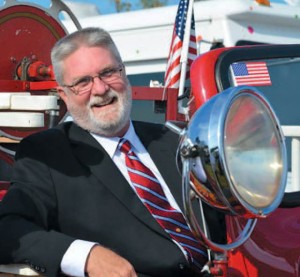 During the opening ceremony, the annual Jefferson County Awards are presented to those individuals and departments who are selected by an awards committee from the nominations that are submitted. 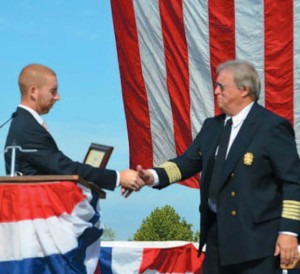 The annual rally features numerous demonstrations each year and the 21st rally was no different. The Crystal City Fire Department demonstrated auto extrication and the Hillsboro Fire Protection District and members of the Jefferson County Fire/Rescue Training Academy presented a vehicle fire extinguishment demonstration. ARCH Air Rescue, Survival Flight and Air Evac all had rescue helicopters on display at the rally.

The Jefferson County Firefighters Association thanks all of the vendors, equipment sales and food vendors for participating at this year’s rally. A big thank you goes out to the sponsors of the event and to those who attended.

Mark your calendars! The twenty-second Jeffco Fire Engine Rally will be held on Saturday, September 26, 2015, in Herculaneum.