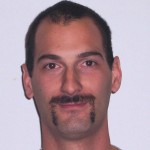 The Johnson County Fire Protection District has had a Junior Fire Fighter program in place since 1999 and we have had the pleasure of having numerous young people pass through the program with many of them staying on as adult members. This announcement is testament to the hard work and dedication exhibited by two former Junior Firefighters who will now be serving the District at the Division Chief level.

Stephen Runyon began his service with the district in late 2000 in the firefighting area of the district where he still serves today. He has served as a firefighter, lieutenant and captain and has been serving in a dual captain’s position spreading his time between his Station 5 duties and his captain duties with the Water Rescue Division. For the past several months Captain Runyon has also been serving as the interim lead of the Water Rescue Division. He has completed numerous hours of training in both the fire and water rescue areas and has also been certified as an open water diver.

Captain Runyon has now been promoted to the Division Chief-Water Rescue while still serving as the Station 5 Captain. Division Chief Runyon will balance his time and level of authority between the fire and water rescue branches of the District. 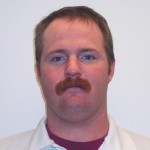 Ken Jennings began his service with the District in 1999 as one of the original Junior Firefighters. He has served as a firefighter, lieutenant and captain with his most recent assignment being with the District’s Training Division. Captain Jennings is a state certified Fire Instructor II, Fire Investigator, Fire Officer I and holds many other certificates and training authorizations. He has been instrumental in the overall vehicle rescue training program conducted by the District and has played an important role in the acquisition of various rescue related tools and equipment. Captain Jennings has now been promoted to the Division Chief-Training.