So, the question of the month is, “where were you in 1958?’ For a large number of the readers of this newsletter, the answer could well be – wasn’t born yet!

It might be fun to review our national status since the very first FFAM newsletter was published in January of that year. 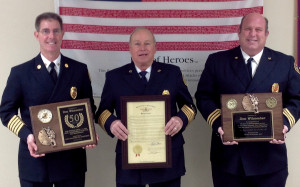 President Kenneth Hoover called the meeting of the Board of Directors of the Fire Fighters Association of Missouri to order at 9:00 a.m. Sunday, December 1, 2013 at the National Guard classroom, Missouri State Fairgrounds in Sedalia, Missouri.

END_OF_DOCUMENT_TOKEN_TO_BE_REPLACED 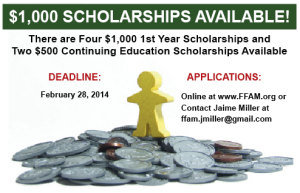 Hope everyone had a Merry Christmas and a Happy New Year. The scholarship committee has more exciting news to announce to its members. The board of directors has granted the committee a extra $1,000 to our budget and we have put together an adult scholarship or a CEU scholarship for its members. The purpose of these two $500.00 scholarships is to help our members to help pay for a EMT, Paramedic, Fire Fighter 1 or 2 class, HazMat, or anyone just wishing to go back to school to get their degree. The committee felt this was a start, we know its not much, but we wanted to see what type of response we would get first.

END_OF_DOCUMENT_TOKEN_TO_BE_REPLACED 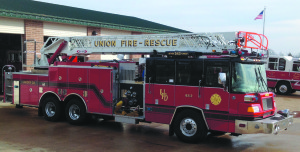 The Union Fire Protection District recently placed in service a 1998 Pierce 75’ Ladder Truck.  A refurbishment was performed by Pierce Manufacturing to include ladder recertification, a complete paint makeover and various pump and mechanical upgrades,  The unit carries 500 gallons of water, 800’ of 5” supply line, several preconnected attack lines and a 1500 gpm pump.  The 1998 Pierce purchase was made possible when the Kearney Fire District purchased a new ladder truck making the 1998 model available for purchase.  “The 1998 model was in good shape and obviously well maintained,” says Union Fire Chief Russell Hamilton.  “ Equally important Kearney had the unit reasonably priced; making the purchase financially possible.”  Once Union Fire District took possession of the 1998 Pierce Ladder a refurbishment plan was created and the unit was sent to Pierce.  Upon it’s return Union Firefighters mounted equipment and made various in house installs.  With a newer ladder truck in hand Union made their 1989 Pierce Ladder available for purchase.  The Appalacian Fire Department located in Virginia pursued the purchase possibility and much like the Kearny, Union agreement the Appalachian Fire Department was able to purchase the 1989 Ladder truck. “Some of the surplus loose equipment that came with the Kearney ladder we did not have a need for and we simply forwarded that equipment to Applachian as this was their first ladder truck purchase for their community,” Chief Hamilton says. “This is another good example of how fire service agencies across the state and across the nation work with each other for the betterment of our communities.”

Again, the first thing I want to do is to invite you to visit our new ffam.org web page. I have heard many positive comments about how nice and easy it is to use. I will state again that our web page is our window to the world, what better way to present our organization and what we offer to our members. Thanks again to all involved in its creation and upkeep.

I hope everyone had a good Christmas and wish all of you a great 2014. The winter weather has been quite cold with some snow and more ice than we all would have rather not received. I hope everyone stays safe.

END_OF_DOCUMENT_TOKEN_TO_BE_REPLACED

On January 10, Assistant Secretary for Tax Policy Mark Mazur posted a notice on the U.S. Department of Treasury’s blog that the IRS, “…will not require volunteer hours of bona fide volunteer firefighters and volunteer emergency medical personnel at governmental or tax-exempt organizations to be counted when determining full-time employees (or full-time equivalents).” This is exactly what the National Volunteer Fire Council (NVFC) had asked for in a September 9 letter to the IRS regarding this issue.

You can read the full article at www.nvfc.org

Happy 2014! My wish for each of our Missouri firefighters is a very happy new year!